A series of talks, workshops and an exhibition organised by postgraduate researchers in the Arts and Humanities Faculty

Inspired by ideas of surplus, suspension, usefulness and incompletion. How do we render new narratives from abandoned material? Our aim is to instigate conversation across the Faculty.

Sophie Woodward is a lecturer in sociology at the University of Manchester who carries out research into material culture and everyday life and is particularly interested in developing inventive methods for understanding material culture.

She is the author of several books including Why Women Wear What they Wear (2007), Blue Jeans: the art of the ordinary (2012).  She is currently researching Dormant Things – forgotten or hidden domestic objects.

Katy Deepwell is the founder and editor of n.paradoxa: international feminist art journal (http://www.ktpress.co.uk) and Professor of Contemporary Art, Theory and Criticism at Middlesex University.

In this talk, she will speak about her new MOOC (mass open online course) on feminism and contemporary art (http://nparadoxa.com) in relation to art education and feminism research in the visual arts and on the work of contemporary women artists.

Mishka Henner is among a new generation of artists redefining the role of photography in the Internet age. Much of his work navigates through this vast digital terrain to focus on key subjects of cultural and geo-political interest.

He was awarded the ICP Infinity Award for Art and shortlisted for the Deutsche Börse Photography Prize in 2013 and the Prix Pictet in 2014. His works are held in the Museum of Modern Art, Tate Collection, Victoria & Albert Museum, the Metropolitan Museum of Art, New York Public Library, the Centre Pompidou, and the Cleveland Museum of Art. He has exhibited internationally in numerous group shows and surveys.

In this talk, Henner will discuss his work in connection to ideas of appropriation.

Katie Goodwin is an artist and filmmaker who gleans the neglected and recycles them as subjects in her moving image work. Sometimes these hoarded objects are tangible like a rejected frame from a classic film. Sometimes they’re less so – experiences or places lost or on the precipice of existence, often due to the human effect on the environment, such as searching for true darkness.

She aims to present what we would normally not see, highlighting hidden labour and contemplating our legacy — what we leave behind. In doing this her work reveals why it is often the things we overlook that can become the most important path to curiosity, creativity and output.

Nina Power teacher Philosophy at the University of Roehampton and Critical Writing in Art & Design at the Royal College of Art. She has written widely on European philosophy, politics and culture and is the author of One Dimensional Woman.

Her talk will explore ideas of failure in connection with the anthology Bad Feelings, a collection of writing she edited in collaboration with Bookworks last year.

Maria Fusco is a Belfast-born writer based in Glasgow, working across fiction, criticism and theory, her work is translated into ten languages. Master Rock, is a repertoire for a mountain commissioned by Artangel and BBC Radio 4.

Her solo-authored books are With A Bao A Qu Reading When Attitudes Become Form, 2013 (Los Angeles/Vancouver: New Documents, 2013), Gonda, 2012 and The Mechanical Copula, 2011 (both published Berlin/New York: Sternberg Press) and she is founder of The Happy Hypocrite, a journal for and about experimental writing.

She is currently a Reader in Interdisciplinary Writing at the University of Edinburgh and was Director of Art Writing at Goldsmiths, University of London. http://mariafusco.net. Legend of the Necessary Dreamer is: a novella; a prose essay; an excavation of the ruined Palácio Pombal; a work of impatience and death, and is described by Chris Kraus as “a new classic of female philosophical fiction”.

In this event, Maria Fusco will make a performative reading from her new book and discuss the methods of writing abandonment.

A programme of student-led events May - July 2017

Research students in the Faculty of Arts and Humanities at Manchester Metropolitan have proposed activities to revel the substance and passion that fuel their research. 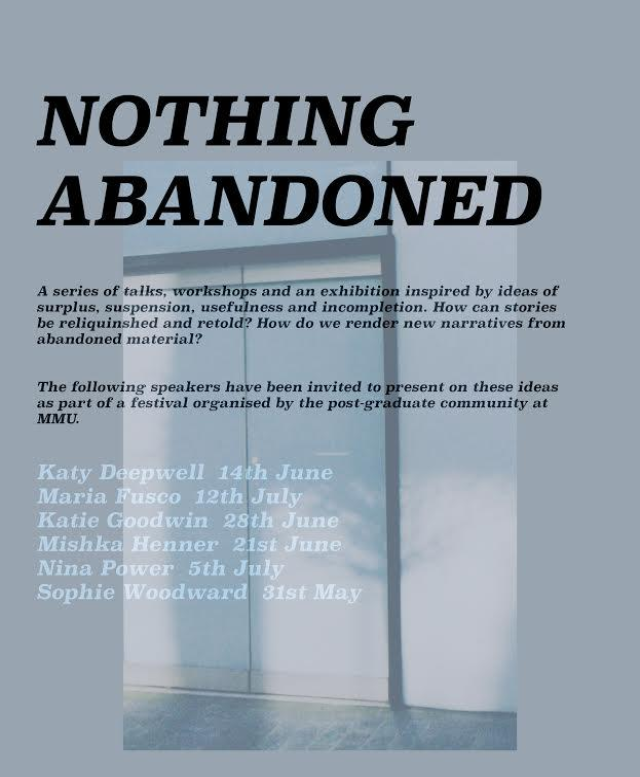 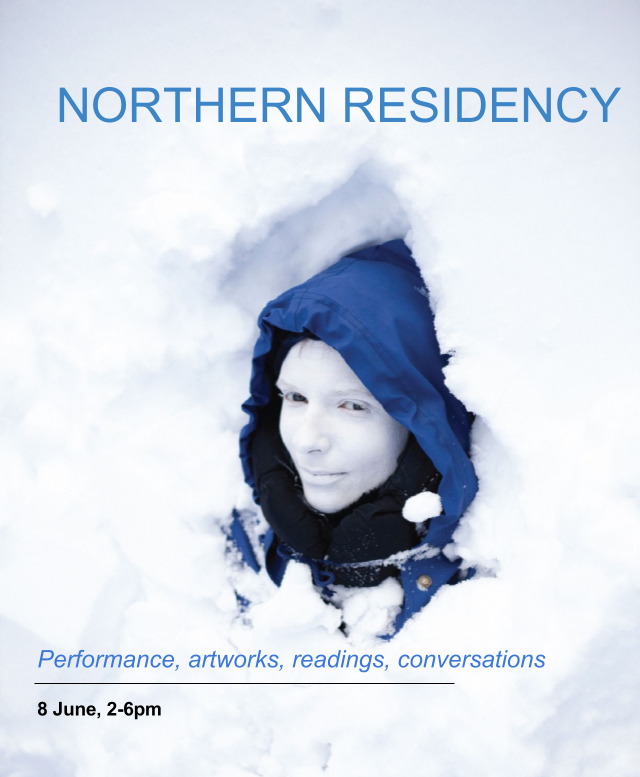 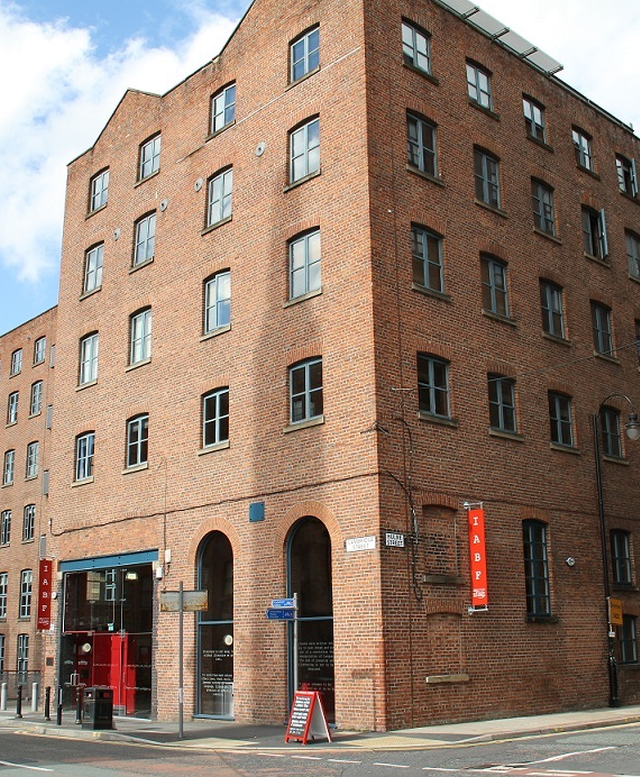 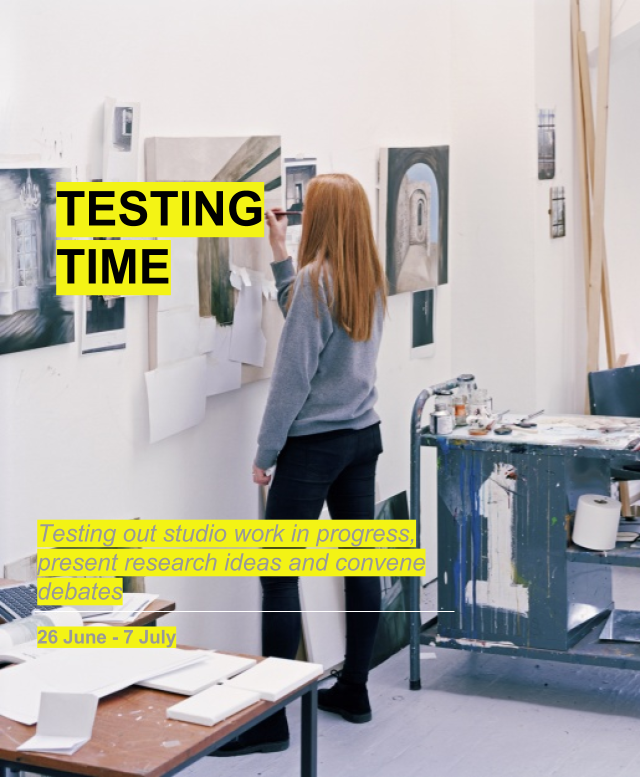