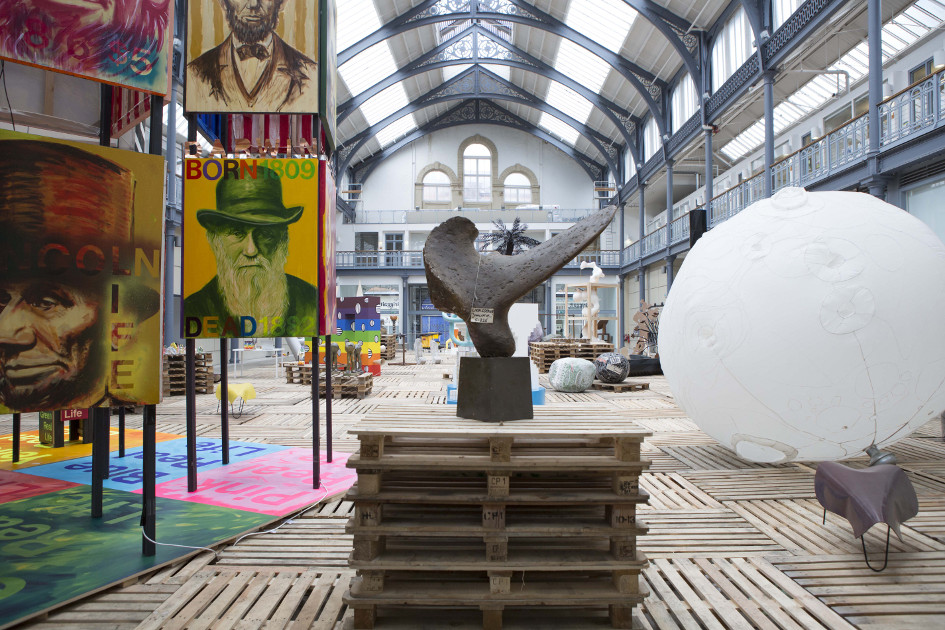 Reclaimed: The Second Life of Sculpture showing Model of The Spirit of Kentigern by Neil Livingstone. The Briggait, Glasgow 5 April to 2 May 2014. Photo credit: Dapple Photography

Axisweb Director Sheila McGregor takes a trip to her home town of Glasgow to report on what might be the contemporary art event of the year so far.

As biennials go, Glasgow International feels remarkably democratic and light-touch. It resists the temptation to press everything into the service of a curatorial conceit or local agenda. There is no grand, overarching theme, no insistence on the kind of routine site-responsiveness that sets out to reveal aspects of the host city’s own history.

The festival also appears to offer a genuinely equal platform, with smaller organisations and initiatives sitting non-hierarchically alongside the established venues. Many participants simply do their own thing, under a common promotional rubric. And there is so much to see that correspondences and cross-currents become apparent anyway, without any enforcement by the organisers.

I loved Jesse Wine’s ceramics at Mary Mary. They have the botched, improvisatory quality of a school ceramics lesson gone wrong, as if the class wag has been allowed to get away with just a bit too much fooling about. The gorgeous glazes and misshapen forms of his vessels and self-portraits have a riotous allure that’s hard to resist. 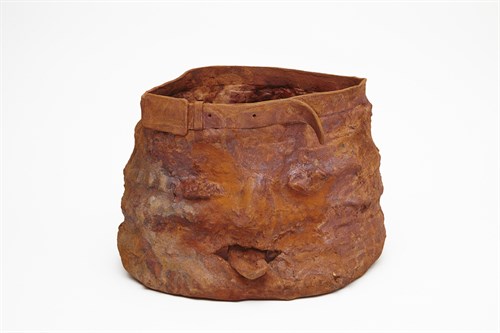 An atmosphere of similarly madcap creativity prevails at Wasps Artists’ Studios at Briggait, except that here the original context of the work on show is puzzlingly absent. Reclaimed: The Second Life of Sculpture explores the afterlife of sculptures that have had their day and lurk, retainer-like, in store or behind the scenes. From David Shrigley’s plaster pelvis to Andy Holden’s knitted boulders, they are dispersed higgledy-piggledy on palettes and have the air of not quite knowing what to do with themselves, while nonetheless enjoying each other’s company. The show explores sculptural form and function with a utilitarian aesthetic that exactly suits the nature of the subject.

The programme curated by Glasgow International’s director, Sarah McCrory, takes place in various venues. Gone is the home-grown ethos of previous events. Instead she has embraced work with an urban sensibility and allegiance to popular culture. If there is a common theme, perhaps it is something to do with the status of the individual in a fast-changing and increasingly technologised world. 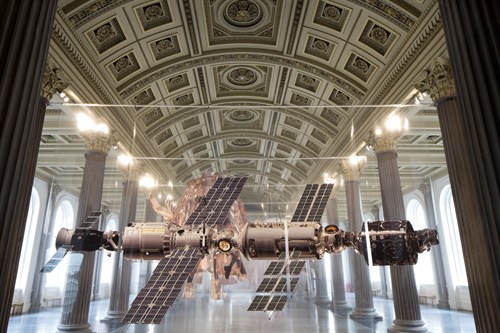 For the Gallery of Modern Art, Aleksandra Domanović has created a vast, suspended installation on celluloid film, which references the portrayal and role of women in sci-fi cinema and in the broader realm of science and technology. At the Maclellan Galleries, Avery Singer’s immense paintings show a world in which people and machines have mysteriously merged, while Jordan Wolfson’s amazingly slick amalgamations of music, animation and borrowed film footage have a truly discombobulating energy.

American artist Michael Smith’s films and installations at Tramway document a more than thirty-year obsession with questions of identity and the desire of human beings to fit in. His comedic body language, facial expressions and visual trickery make for very good viewing. And Bedwyr Williams’s installation in the adjoining gallery lures visitors into a darkened forest-like space, where an empty coach functions as a makeshift cinema for viewing the artist’s filmic evocation of a dystopian future. 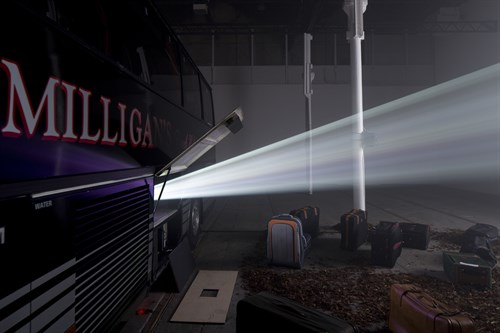 Dystopias are everywhere in contemporary art these days. You might sometimes be forgiven for thinking that it’s easier for artists to fantasise or speculate about alternative realities than to address social, political and economic conditions in the here and now.

There are nevertheless moments of deep political seriousness in this year’s Glasgow International. Khaled Hourani’s retrospective at the Centre for Contemporary Art reflects, in a remarkably diverse body of work, the physical and emotional experience of daily life in Palestine. And Gabriel Kuri’s installation at the Common Guild is an investigation, at once poetic and politically astute, of the points at which global capitalism intersects with and impinges on the most basic, day-to-day physical needs of ordinary human beings.

Some of the events and exhibitions I enjoyed the most were also among the more modest in scale. Michael Stumpf’s ‘sculptural propositions’ at the School of Art have an interrogatory quality that chimes perfectly with their pedagogic setting. A small show of work by the American conceptualist artist Stephen Kaltenbach at OHIO, consisting of adverts placed in Artforum over the course of one year in 1968 and a series of stencilled wall-works from the same period, embodies a philosophy of quiet circumvention and critique that seems far removed from the commercial imperatives of the art world today. In an oddly satisfactory formal pairing, Kendall Koppe brings together Lucy Rie’s ceramics with black and white photographs by George Platt Lynes, whose homo-erotic studies of the male nude have rarely been exhibited before. 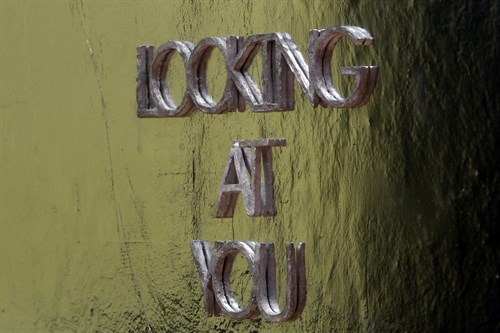 Michael Stumpf, Looking at you, cast pewter, 2014. Photographer: Janet Wilson. Courtesy The Glasgow School of Art and the artist

And who would have thought that power-point could transcend its usual bureaucratic function to become a medium for imaginative performance? Fiona Jardine’s elegant power-point presentation about the Scottish writer Muriel Spark evoked her subject’s social and cultural milieu with all the fastidiousness of the author’s own famously spare prose style.

As ever at Glasgow International, the city itself provides a compelling backdrop. You can’t but experience a thrill of excitement at pushing open the battered, art nouveau-ish doors of Mackintosh’s school of art or admiring the panoramic view from the Common Guild in its hilltop terraced house. Whatever you think of the art - and I enjoyed much of what I saw – Glasgow International operates spectacularly well across a large geographic and architectural canvas. It’s simply one of the best contemporary art events in the UK art-world calendar today.

Sheila is the Director of Axisweb

The Gwangju Biennale 2012 by Steve Dutton

The Sound of Manifesta 9: The Deep of the Modern by Lesley Guy

Reflections on Documenta 13. Or should that be Dogumenta? By Sheila McGregor