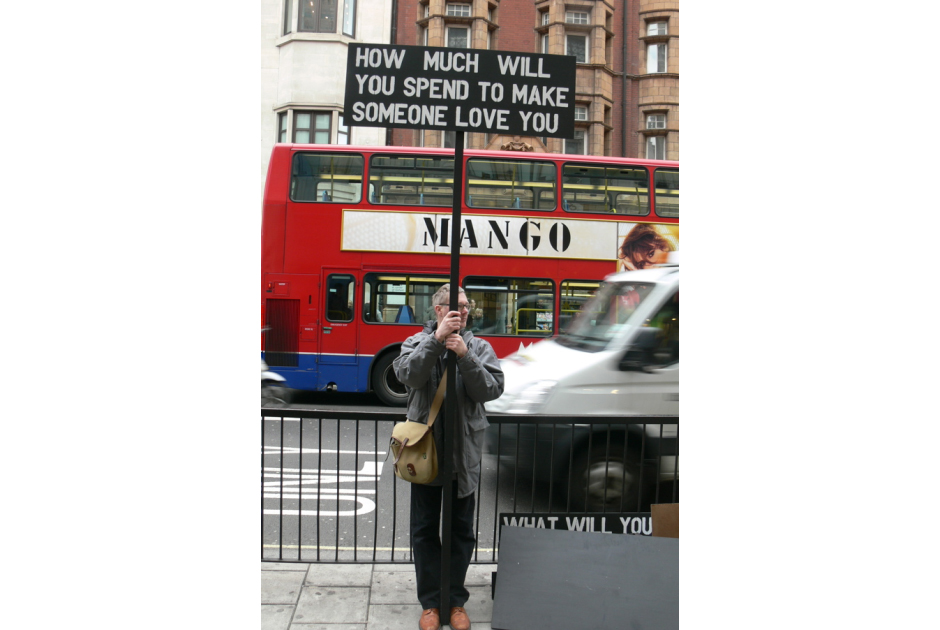 If an 18-carat gold statue of Kate Moss is hardly a judicious approach to making art during a credit crunch, then how should artists position themselves at a time when the queues for the job centre snake around the corner? Where does the value of art sit when people are struggling to pay the mortgage? Is making art from ‘the everyday’ a more acceptable practice in a recession than creating gold super-models or diamond skulls?

The financial apocalypse isn't as exciting a tragedy as it once seemed, and its impact on the cash-chubby art world is beginning to unravel as newspaper art critics dutifully forecast the results of global meltdown.

The Times' Waldemar Januszczak has been the latest, with an impassioned call for a cull claiming that since the Brit Brats of the 1990s there has been no British movement to have a real impact on the international art scene. What those once-young talents have become is well described by Marc Quinn's horrible Siren, illustrating Januzsack's article as exemplary of moneyed celebrity culture. This 18-carat gold Kate Moss tied in a yoga knot, if anybody cares, is apparently worth £1.5million and was subject to an amusing faux pas as to whether its sale would go to charity. Interestingly, it also featured in Januszczak's co-curated Statuephilia (2008-9) at the British Museum.

His romantic argument echoes Robert Hughes' powerful polemical TV show 'The Mona Lisa Curse' broadcast in September 2008 on Channel 4. "Is the authoritative book on art history today just a cheque book?" Hughes grumbled in one of his endlessly quotable nuggets.

So what's the antithesis of diamond and gold one-upmanship amongst the moneyed art world? In the current issue of TATEetc., Francesco Bonami collides the economic crises of the late 1980s and today with an approach to art making described as 'the everyday'. Instead of 'the really expensive boring art work', 'the everyday' attacks this confusion of price and value. As a catch-all term it describes raising the status of everyday objects – a fork, a rat, a receipt, perhaps - to art's apparent lofty heights. As a subversive gesture it can also be conveniently upped in production numbers and sold in beautiful mahogany hand-crafted boxes in editions of 50.