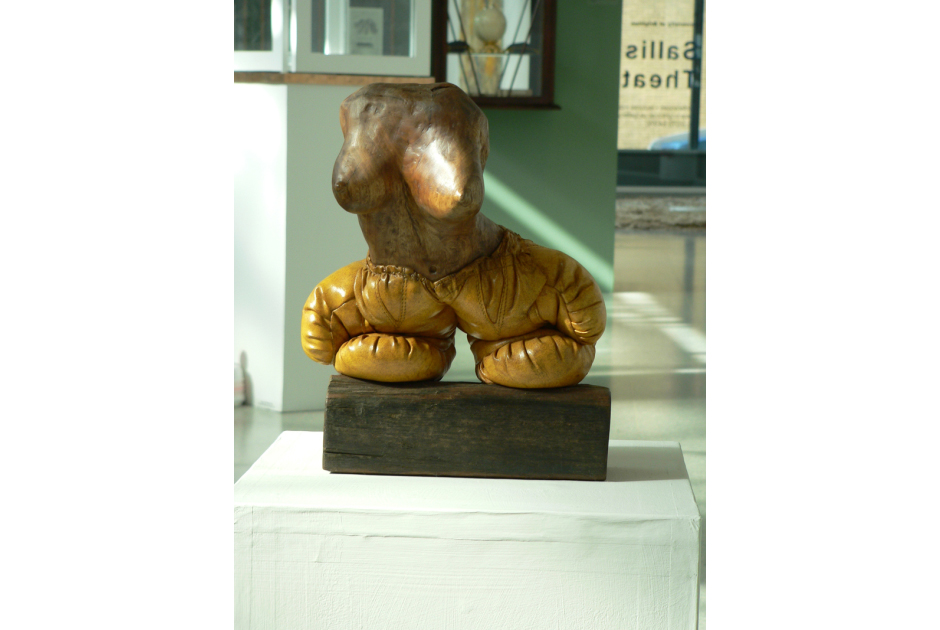 Jennifer Allen's first Rant explores the contention that surrounds the writings of academic and art critic Dr. Claire Bishop. Bishop is currently Associate Professor of Art History at The City University of New York; her main concerns are with socially-engaged art and spectatorship and she co-curated the exhibition 'Double Agent' earlier this year. So how does she seem to rile people so much when she puts pen to paper? We've given Jennifer a special 'uncut' slot to explore this complex topic.

You gotta feel sorry for Claire Bishop – or at least for her editors. It seems that every time Bishop writes an article, there's a spate of grumpy letters to the editor. Her online posts tend to garner an equally long chain of indignant comments. Whatever you think of Bishop's talents as a critic, you have to admit that there's one thing she does very well: irk.

The latest example is Bishop's report for Artforum's online ‘Scene and Herd’ column about the Creative Time Summit 'Revolutions in Public Practice', which was held last month at the New York Public Library. The piece – aptly titled ‘Public Opinion’ – has attracted to date fourteen lengthy 'Talkback' comments – and counting.

Here is one Randall Scott: 'Bishop bemoans the ‘clichés’ used by the conference participants then invokes one of the most shopworn of them all by criticising the way that they fail to ‘problematise’ their own practices. She just can't shake the old vanguardist intellectualism that places her in a privileged relationship to culture.' Or how about aconstructedworld: 'It’s hard to understand why magazines and journals like Artforum and October would want to publish this particular kind of insult or provocation now.'

To be really fair to good ol' Claire, there's not so much difference – at least in judgement – between her report and the report posted by Dan Fox on Frieze's website. Both Bishop and Fox are taken aback by the Creative Time Summit's overwhelming format (forty presentations lasting only seven minutes each, with no audience intervention). Both nail Liam Gillick's presentation: 'consummate opacity' (Bishop) and 'typically dense'(Fox). And both bear down on the respective presentations of Vik Muniz and Harrell Fletcher. '(T)wo of the most misguided art projects I have ever seen (...) generated ripples of embarrassment through the audience for their reality-TV sentimentality' (Bishop). 'There was something in both (...) talks – an over-demonstrativeness, perhaps – which made me feel uneasy' (Fox).

As these two quotations suggest, there is a gulf of difference between Bishop and Fox in critical style. You may argue that I am not neutral enough – or am too corrupted – to make such comparisons, although I write for both Artforum and Frieze. Yet even the bloggers who commented on Fox's piece on Frieze's website noted the difference. One R. Szott writes: 'I don’t know if you shared notes with Claire Bishop or not, but your piece demonstrates how much more useful criticism can be when not cloaked in cynicism and condescension.' And Nancy Zastudil agrees 'that this is a (more) precise and productive review of the summit', albeit adding her own criticism of Fox's report. Another telling difference: Bishop doesn't bother replying to her comments while Fox is ready to face the music and responds to criticism as easily and as constructively as he hands it out.

Why does Bishop manage to rub everyone up the wrong way? Many irate letter-writers and bloggers like Randall Scott seem to suggest that Bishop is the consummate intellectual snob, poo-pooing any art that doesn't reach her high standards. On the contrary, I would argue along with aconstructedworld that Bishop embodies 'mass-market elitism'. However numerous her scholarly references, she seems to practise a tabloid approach to art and art criticism. The tabloid mixture of populism and elitism is proper to neo-liberalism and the glamourous society of the spectacle, hypertrophied by the internet and globalisation. Tabloids are driven, not by content, but by the need to generate constant circulation and attention with scandal or scandalous opinions.

Indeed, Bishop sharpened her critical pen writing for tabloid-format newspapers like the London Evening Standard. She tends to favour artists and artworks with a spectacular content, which can garner media attention while making for good copy and for good photographs. In a tabloid context of retinal and sensational art, Santiago Sierra and Thomas Hirschhorn, who have attracted a fare share of tabloid coverage for their interventions, are far better artists than Gillick and Rirkrit Tiravanija. Who wants to look at pictures of people having conversations and eating soup? Forget the intellectual elitism; Bishop poo-poos art that fails to entertain, whatever its politics. The insightful aconstructedworld says it best: 'These attitudes come from a popular press that sets out to mock and divide its readers.'

Mockery and division are reminiscent of not only tabloid fare but also reactionary attacks on art’s production values instead of its content: 'My kid could make this.' It's surprising that Bishop's approach has found a place among left-leaning publications like Artforum and October. Ironically, her Autumn 2004 debut in October was titled ‘Antagonism and Relational Aesthetics’. Far from summing up relational aesthetics, Bishop names her own approach: ‘antagonism’ criticism, which generates commentary about itself. This approach is distinct from a well-worn strategy: critics who take aim at sacred cows and the old guard with a decimating review. This traditional approach remains progressively anti-establishment by creating space for new voices and by questioning accepted values.

Instead of values and art, Bishop's ‘antagonism’ criticism leaves us questioning her. The first point of contention often becomes Bishop's own text: Is it a good or bad thing that her article has generated a discussion? Typical is jameshute's comment on her Artforum report: 'it is refreshing to actually see something like a discussion here in Talkback. (...) On the whole, I think Bishop's piece is fair criticism. Cynicism is not out of bounds when discussing art or any other human endeavour.' The scandalous opinions of ‘antagonism’ criticism can break up long-standing alliances, such as the leftist political alliance that has traditionally linked all artists, whatever their practises. But are we discussing the art or Bishop's criticism? Are we debating an idea or each other?