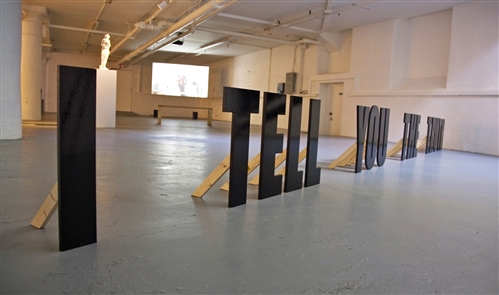 Helen Hillyard, an MA student at the The Courtauld Institute of Art, London, selects works from Axisweb which use language and invite the viewer to 'read between the lines'.

Language is never neutral or transparent yet, knowing this, how might we communicate ourselves? The artists represented in this curated selection all use language - be it written or spoken - as their primary material. Yet in each instance language is subverted, communication is purposely broken down, and it is up to the viewer to interpret what is being said: they must read between the lines.

Each of the works reveals an on-going conflict between the need to speak and the difficulty of speaking. That the artists chosen are all female reflects an important area of enquiry within art-language practice: the idea that it is more problematic for a woman to express herself within a language system that is fundamentally coded male. This reading is indebted to post-structuralist and linguistic theory, in particular the writings of Hélène Cixous who, in the 1970s, began to explore the notion that our sexuality is directly tied to how we communicate in society. This curated selection considers how these issues permeate contemporary art practice and, whilst gender is not staged explicitly in all the works, there is an over-arching notion of ‘truth-telling’. By destablising established language conventions, the artists present a more truthful understanding of the systems in which we operate and the ways in which meaning is produced. 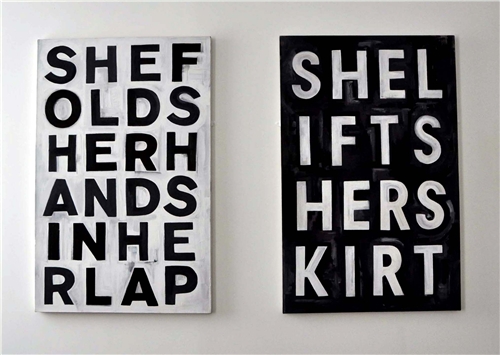 The concept of a gendered language system is central to ‘Lap and Skirt’ (2008) by Amelia Crouch. Here, the artist presents two seemingly innocuous statements. However, within the context of the work the phrase 'she lifts her skirt' becomes erotically charged and provocative, reinforcing Crouch’s comment on the dualistic representation of the female as either virgin or whore in western art.

Crouch investigates what she terms a ‘collective cultural imagery’ and reveals the pervasiveness of modern media culture: how we automatically make connections between certain signs and images. Crouch demonstrates how language informs and perpetuates an established categorisation of women, highlighting the restrictive nature of our everyday communication. 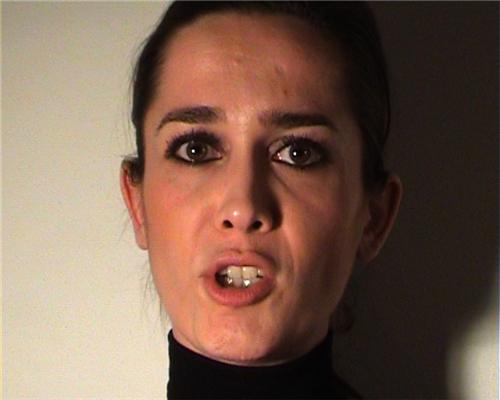 The inadequacy of language in communicating a female position is also explored in ‘U Know What I Mean’ (2008-2009) by AnnaLuisa Dionello. She re-negotiates post-structuralist theory by examining the connection between signifier and signified, exploring its impact upon basic human interaction.

The artist can be seen on screen, repeating a series of words with increasing pace. Communication is disjointed and words lose their meaning as they are mutated into a random sequence of meaningless sounds. The video emphasises the difficulty of speaking in a pre-defined language system, in which the artist is ‘other’, as both a woman and a non-English speaker. It becomes clear that if the artist is to be understood, she must in some sense be complicit with this established language system. Nevertheless, she will only be able to express herself by refusing to speak in readymade terms.

Anne Charnock’s ‘Uncertainty Series’ is an ongoing body of work that mimics the ‘track changes’ function in word processing programmes. This format allows Charnock to reveal the anxieties she experiences during her art-making, giving solid form to meandering and often contradictory thoughts. The viewer must literally read between the lines, to perceive the core of what she is trying to communicate.

Yet the act of reading – and the natural tendency to scan sentences as a whole – means that we take in more than we can possibly comprehend, tripping over ourselves as we do, provoking the same sense of doubt and uncertainty that Charnock wishes to convey. The artist relishes this state of indeterminacy, regarding it as a space outside the existing boundaries of language, where new possibilities can emerge. Indeed, it is in this complex web of what is stated and un-stated that we see a more truthful rendering of the artistic process.

The necessity of truth-telling in art practice is also important in the work of Kate Pickering. Her work arises from a fascination with the power structures of the evangelical church and its use of linguistic hierarchies to control, placate and challenge.

In ‘I tell you the Truth’ (2010), Pickering presents a moral absolute. The concreteness of this statement is made convincing by the appearance of declarative, bold, black glossy letters. However, from behind, the means of construction are revealed - paint marks, screws and unstable wooden supports - all of which undermine the authority of the rhetoric employed.

Pickering mischievously subverts the religious and moral certainty she presents, encouraging the viewer to find their own meanings beyond the given statement. The neutrality of language is brought into question and the viewer is forced to recognise the apparent division between linguistic ‘truth’ and the alternative truths it can disguise. 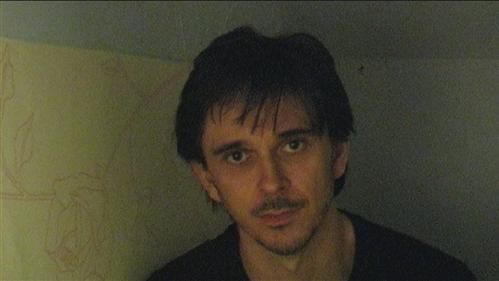 In ‘Values, Efficiency and Commitment’ (2011) a man presents a series of statements about himself whilst looking out of the screen towards the viewer. The man’s speech is based on a promotional video the artist saw in a bank and, as such, reflects the central messages of corporate advertising. However, with the corporate context removed and the statements distilled to their essence, the original meaning is greatly changed. The revised language structure is emotionally-charged and personal: this elicits discomfort and even embarrassment on the part of the viewer, as the man’s admissions become increasingly candid.

Hope highlights an area of conflict within the language systems in which we operate: the divide between public and private forms of language. She explores the assumption that these two have their own appropriate language values and, by blurring the line between the two, enacts this conflict. In doing so, the artist reveals how subjective experience is shaped by the language we use and the spaces we occupy.

In her work ‘Where is Home?’ (2011) Claire Tindale poses a question that hints at an aspect of familial life not often discussed in our public discourse and which is usually considered as a distinctly private matter.

The work takes the form of a small tapestry, referencing the ‘home sweet home’ embroideries sometimes found in household settings. By asking the viewer ‘where is home?’, Tindale presents a question that immediately jars with what we would expect to see on such an object but which also opens up an uncomfortable subject.

Tindale is interested in exploring issues of dementia and memory loss and the object itself responds to the notion that something once so familiar and intuitive, such as finding your way home, can become a challenge for sufferers.

By placing this question – and by extension this issue – at the very heart of our domestic imagery, Tindale challenges the ‘ideal’ of the family. She rejects normative and superficial allusions to familiarity and security and gives voice to an often unarticulated element of home life. Again, Tindale’s use of language is about truth-telling, revealing the undisclosed and presenting a means of expression for that which we find difficult to communicate, offering a moment of shared experience for those who have experienced dementia.

All the works in this curated selection reveal language systems as a societal construct, with artists manipulating these systems in order more truthfully to communicate the difficult and often painful nature of human interaction. This is a far from simple task and despite the fact all of these artists engage with language as a primary artistic-medium, they are in one way or another bound to their visual material, which only serves further to underline the inadequacy of language. However, although language systems have clear restrictions, these artists have shown that within these limits there is a great freedom to explore critically the way in which language shapes experience and to find new means of self-expression.

Helen Hillyard is an MA student in Curating the Art Museum at the Courtauld Institute of Art and Content Editor for Garage Center for Contemporary Culture, Moscow. Her current research, in collaboration with the National Maritime Museum, focuses on the use of contemporary art interventions in non-specialist museum contexts. She previously studied History of Art at the University of Cambridge.

Between The Lines: Exploring Language Systems is the second in our Curated Selection Prize series, curated by Helen Hillyard, MA Curating the Art Museum, The Courtauld Institute of Art, London.