Artist of the Month
August 2018

Our Artist of the Month for August 2018 is David Lisser.

Tell us a bit about yourself and your practice, how would you describe the work that you do?

I’m an artist based in Newcastle upon Tyne, and am a long-term studio member of the Newbridge Project. When I’m not in the studio or trying to earn a living elsewhere, you’ll most likely find me walking the dog, climbing or cooking. My work is driven by a little bit of a fixation with how people conceive of the near future, from the out-and-out utopians to the darkest and most pessimistic of doomers.

In practice my research into these areas usual manifests itself in sculpture, sometimes as semi-silly-solutions, such as 'Last Ditch Attempt', or sometimes as imagined futures as in 'The Midgecatchers' or 'The CleanMeat Revolution'. What runs through all of this is a fascination with material culture, and how much you can understand about a group of people from the fragments they leave behind. In this sense, my practice is a future archaeology; creating objects and artefacts that may be discarded by our descendants. 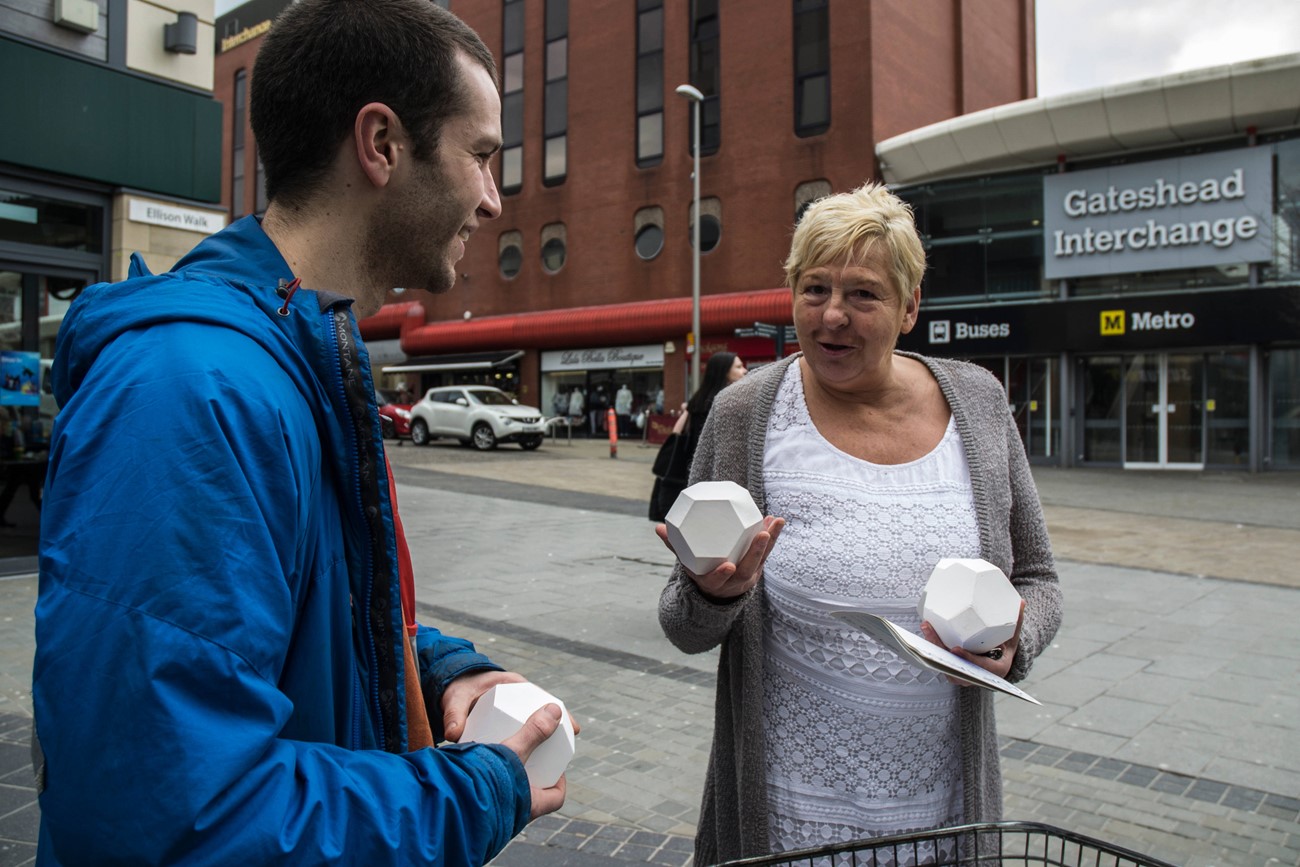 Both – simultaneously. On the one hand, anthropogenic climate change is beginning to make itself felt, which will disrupt global food supplies, displace hundreds of millions of people, put added stress on the soil, water and air and very possibly create a few wars. Fear and hostility drive many political narratives and in many places it looks like inequality is growing. Which is pretty grim.

On the other hand, extreme poverty has been more than halved in the last 30 years, the number of democracies globally has doubled in my lifetime, and there are a dozen or so countries currently producing close to 100% of their energy from renewables, with many more set to join them over the coming decade. When looking to the future, the one thing you can’t account for is human innovation – and that can go either way; for good or for ill. Sometimes both.

How did your interest in food come about?

My artistic interest in food it probably began when I was resident at Allenheads Contemporary Arts in 2011/12. One summers evening I was sitting outside the village pub chatting to residents about their hopes and fears for the future, and at the time, petrol prices were just rocketing. Now Allenheads is a fairly remote place (well, for England anyway) and one concern was that it might become the preserve of the rich who could afford a 40mile round trip to the supermarket. So we began discussing self-sustaining communities, resilience etc, whilst being plagued by midges that were biting us. Someone piped up ‘if only we could eat these buggers’ - and well, that kickstarted my project there. I harvested midges, made midge-burgers and loaves, serving them up at The High Forest Show, and eventually created a fictional future-nomadic tribe for the Northern Pennines that subsisted on midges.

So this project really taught me how much identity is wrapped up in food and all the fun you can have imagining alternative societies, based on their foodstuffs. 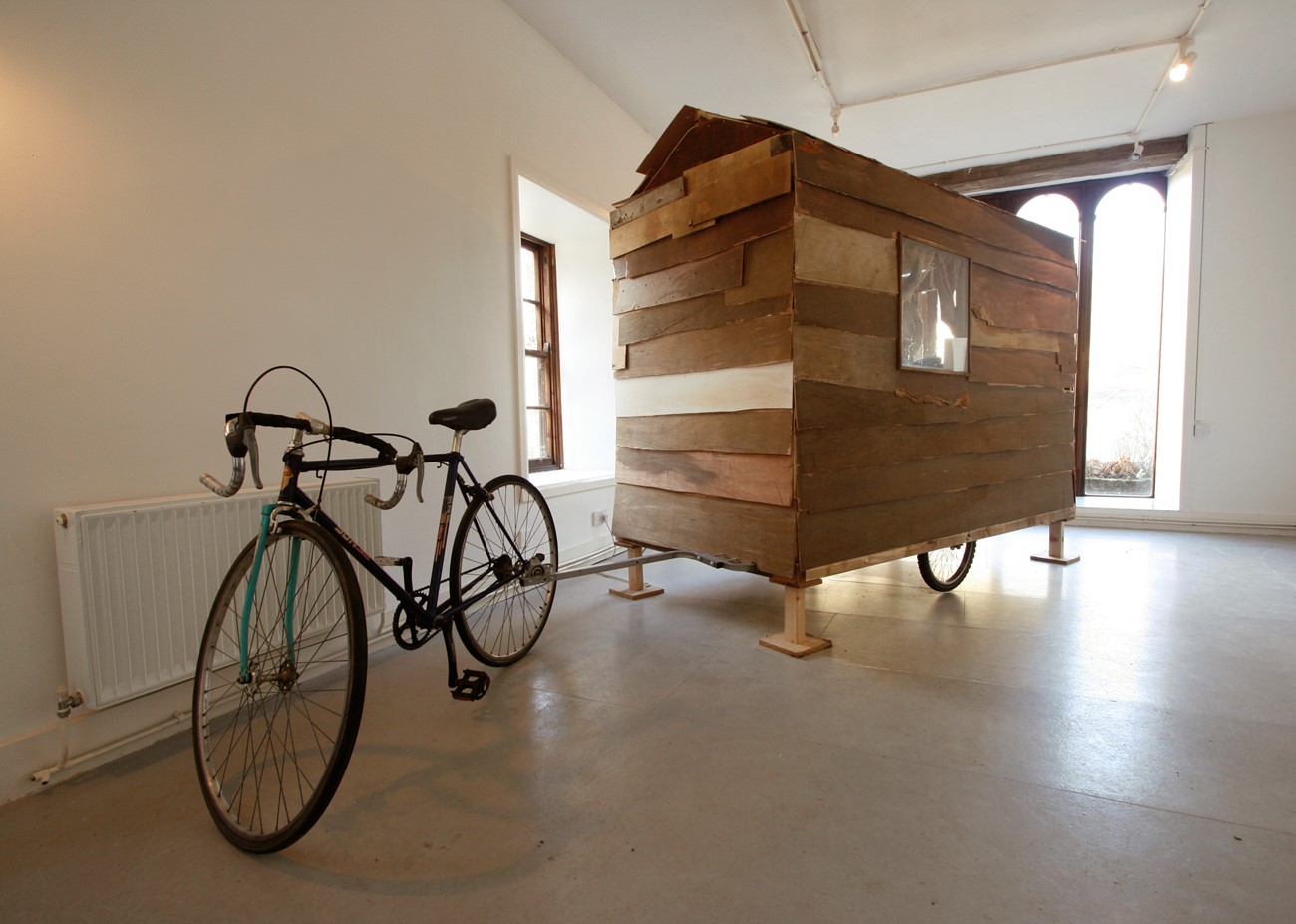 Tell us about the CleanMeat Revolution - how did this project come about?

This was the result of a 5-month research residency at the Watersheds Pervasive Media Studio, in Bristol. My opening gambit to them was to research and imagine the future of food, and initially it involved a lot of that – research; just reading World Bank reports, FAO projections etc.

What began to emerge was a very clear picture of the damaging impact of livestock and dairy farming, and slightly surprisingly, some fairly serious academics pointing to cultured meats as a way of mitigating this. I had initially dismissed cultured meat as a click-bait-esque distraction, covered in the press solely to illicit outrage or disgust in their readers, you know franken-meat and the like. But as is often the case, the more you read, the more interesting something becomes and I began to be very intrigued by the positive ecological and ethical implications of cultured meat, and as I often do, I tried to imagine what this might actually look like.

What emerged from this was a museum style pseudo-retrospective of the CleanMeat industries, i.e. treating a projected future as if it had recently passed. The exhibition was dimly lit, with vitrines and explanatory texts, and it presented numerous artefacts and items of social history to build up a picture of how CleanMeat came to be, and eventually fell out of favour. 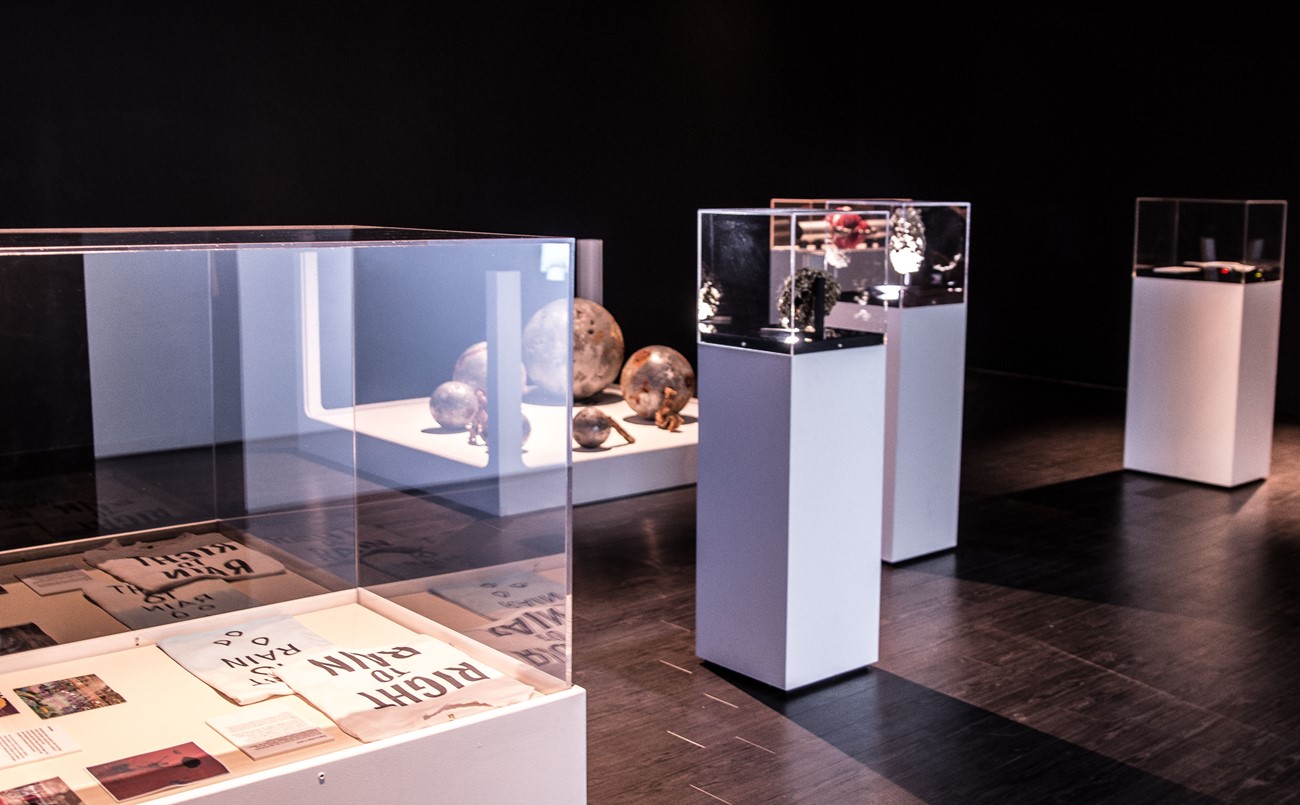 I recently saw a small piece by Julian Charriere at a group show at the Hayward, and I am very struck by his ability to make time solid. His works are complex and beautiful, but always lead to me to reconsider my position within the wider ecology of this world, which is quite a powerful thing.
I also really enjoy Lucy and Jorge Orta’s work, their 'Clouds and Refuge Wear' series are works that I think about a lot. Made in response to water stress and humanitarian appeals respectively, they somehow manage to tow the line between poetic and grounded whilst engaging in real-world problems.

What projects have you got coming up?

Later this month, Lucien Anderson and I will be taking 'Last Ditch Attempt' – our mobile seed library around Teeside for a week, commissioned as part of the Viewpoints festival. I’m really looking forward to giving out more of the seed capsules we’ve made, and talking to people about seed preservation and sharing.

Then over the next few months I’m going to be developing the work I made as part of The CleanMeat Revolution. There are a few academics and researchers who are interested in helping me build a more rigorous picture of a ‘cleanmeat world’ and so this will lead into a new body of work, which is looking like it will be shown in Cambridge early next year.

I’m also really chuffed to have been accepted onto this year’s Syllabus programme, run by Wysing and their partners. This starts in September and will be a fantastic opportunity to really interrogate my practice and questions its fundamentals over a 10 month period whilst getting to know some really excellent artists and curators, so I’m very much looking forward to getting stuck into that.