‘It is not possible to be original except on a basis of tradition’        D.W.Winnicott 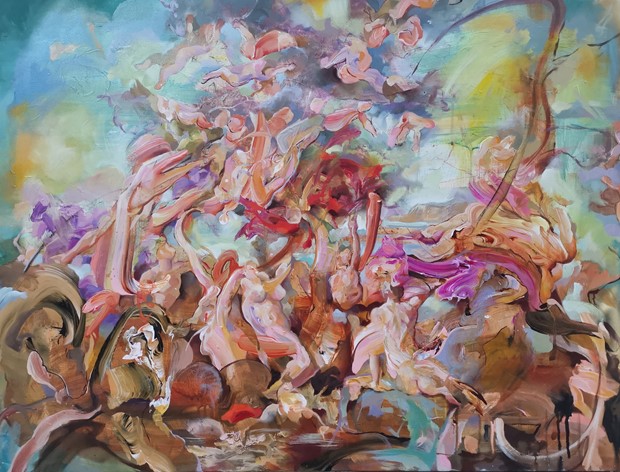 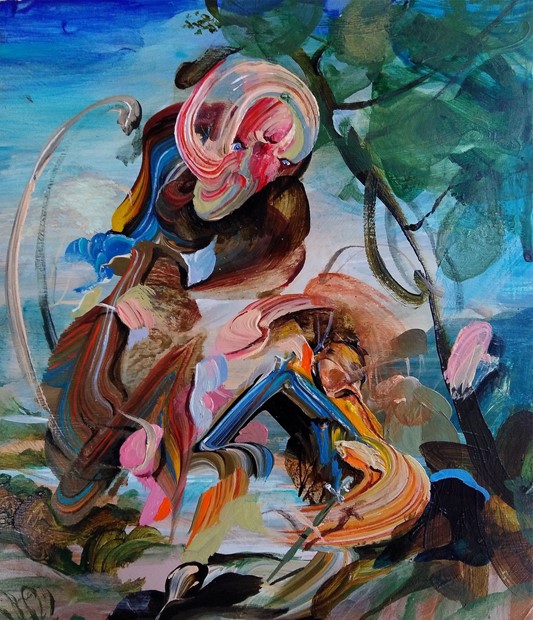 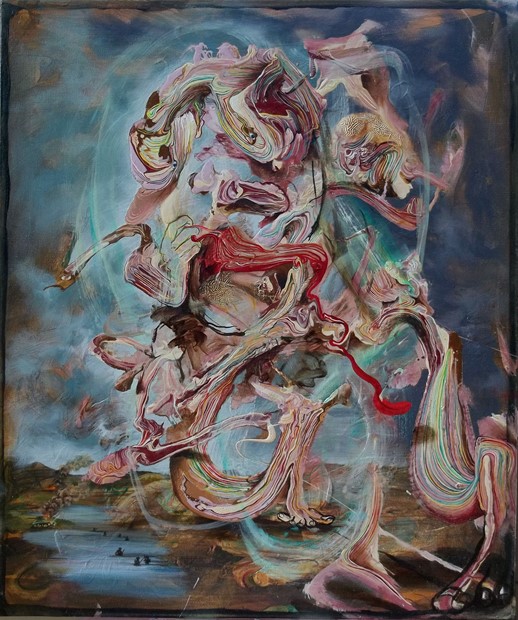 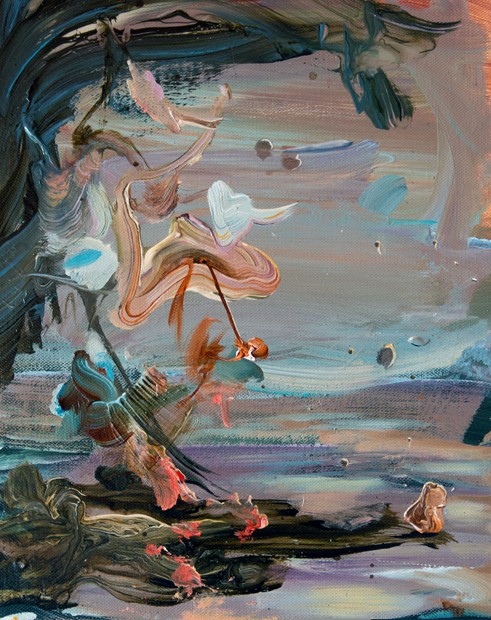 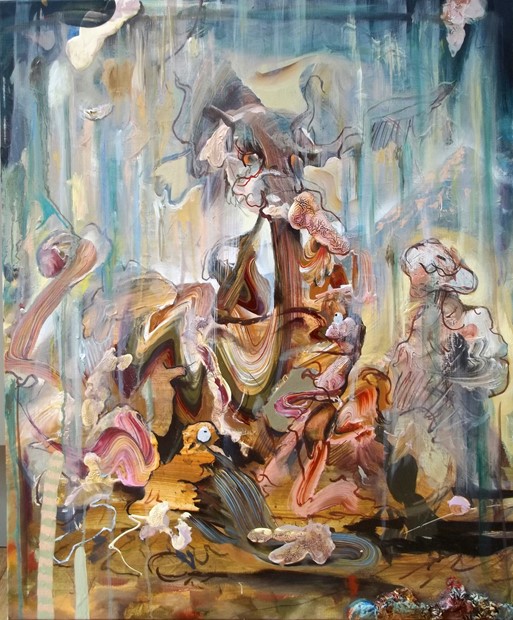 ‘It is not possible to be original except on a basis of tradition’        D.W.Winnicott

My paintings begin as a dialogue, both with a particular Folk Tale and also with an image from art history – often a painting by an Old Master that may then be used as a starting point from which to playfully but reverently deviate. Making paintings is the way I make sense of the narratives and stories that I encounter during my work as an Art Psychotherapist with teenagers, many of whom have tales of neglect and abuse. These stories have very little trouble attaching themselves to the narratives and imagery of Folk Tales and Faery Stories, since the themes of the two; loss and abandonment, the violence of parental figures, oral greed, transformation and renewal, naturally merge into each other, with the structure of the traditional story functioning as kind of frame or reference point. Within this framework, the starting image becomes a kind of armature, rather like an actor on stage upon which the narrative of the story is hung. I am interested in how stories are retold and re-imagined, and how the retelling alters and embellishes the original even as it seeks to render it vital and alive once again for a new audience.

Along with this comes a question of how modern developments may be balanced by a dialogue with established traditions and past narratives, and yet not become nostalgic. Whereas in the past, the artist or thinker had the shared symbolic order provided by religion within which to refer and ground their work, the artist today must find a way of surviving the bewildering plurality and subjectivity that has become the norm, if what they have to say is to maintain any force or credibility.

The art critic Peter Fuller talks about how, in the past the artist could ‘transform the physically perceived by the manifestation of allegoric devices like haloes and ‘human’ wings, whereas now this can only be realized through the transfiguration of formal means like drawing, colour and touch’ . The act of making becomes inseparable from the message that is being conveyed through the marks, one of the importance of a vital, living dialogue with the past. I hope to frustrate the process of recognition through treading a path that plays between the borders of figuration and abstraction, and thus slows down the viewer by creating a space for sensation to emerge before a narrative can be understood. I want my works to be sensuously addictive, synaesthetic and material, yet also to have a sense of contemplative silence akin to an icon.

Paint is poured and manipulated to create areas of thick and crusted surfaces and brushstrokes, that are allowed to wrinkle and pock mark as the various mediums used dry out. Once this process has reached a certain point, the image is again finely adjusted to create areas of shadow and recession, to a point where a form may begin to emerge, but hopefully not too much. The pause button is then pressed, to hopefully allow something to sit forever on the cusp of becoming – neither an abstract blob of raw sienna nor the fold of flesh in a stomach, but both, and neither. This ability to be in two worlds at once, the past and the present, the abstract and the figurative, the imagined and the real, is what interests me and sustains me as an artist.

I currently work as an artist in residence and Art Psychotherapist at Trinity High School in Manchester.

2009 - The Pilgrimage of Lost Children and Other Stories, Bankley Mill, Manchester,

2016 - The Utility of colour - lecture given at Cambridge University

2010 - Who cares if it's art or not, is it any good? - lecture given at Liverpool Cathedral,      -    The Good the True and The Beautiful - Lecture given at the University of Wales