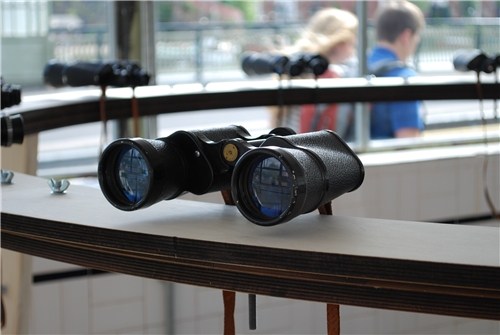 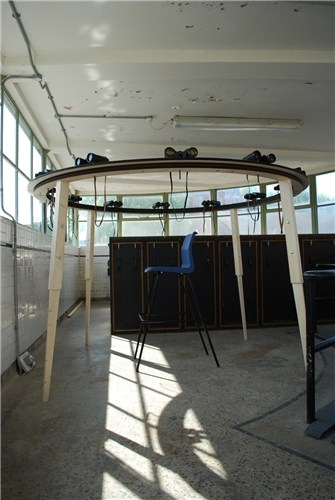 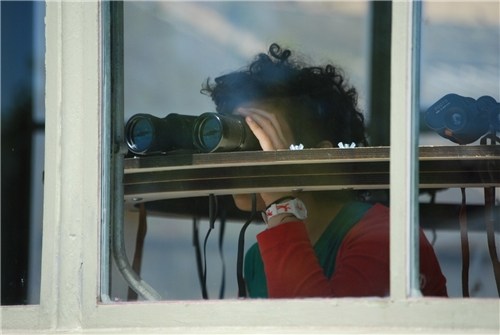 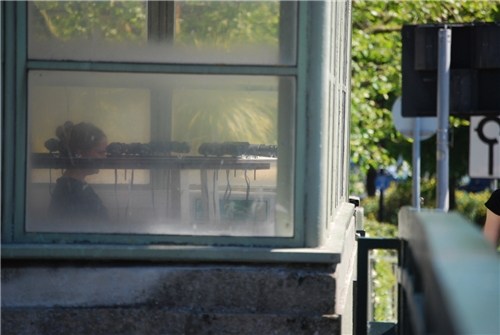 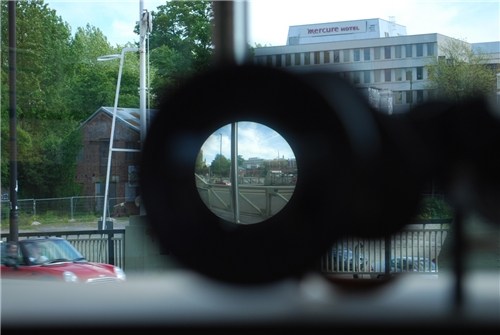 Commissioned by Katherine Daley Yates for northcabin; Broken Watch was a temporary work which drew upon the cabin's panoptical architecture, as well at its identity as a utilitarian structure, which in its disused state offers an architectural pause, a space in which to wonder.
It consisted of a piece of apparatus activated daily by a participant for fixed duration by two performers operating a divided shift. The first performer made notations whilst viewing, which were meticulously erased by the second performer.
The purpose and nature of their gaze was deliberately undefined but it was a highly focused activity.
The absurdist construct of the piece referenced surveillance and spectacle through, which set up an uncertain power relationship that alternated from one side of the glass to the other.