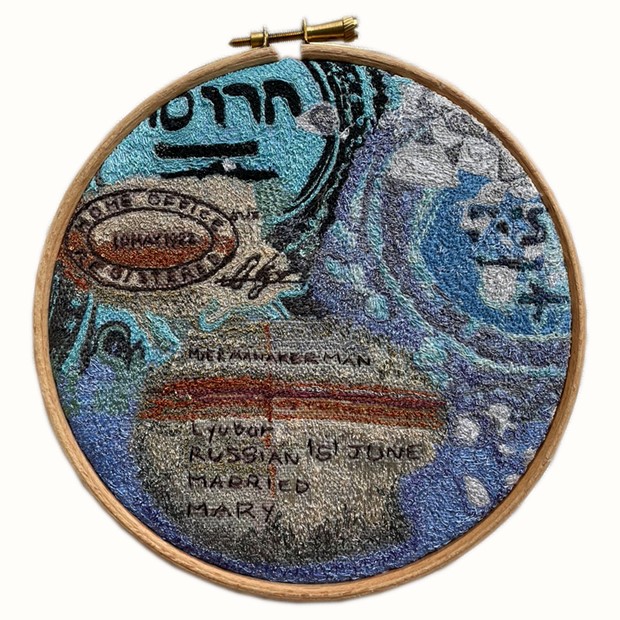 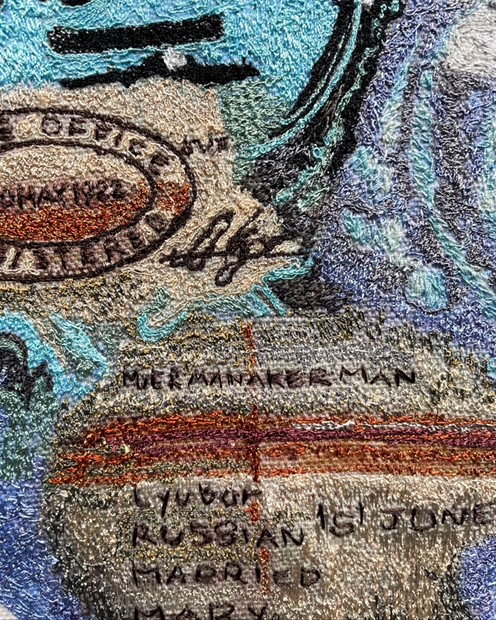 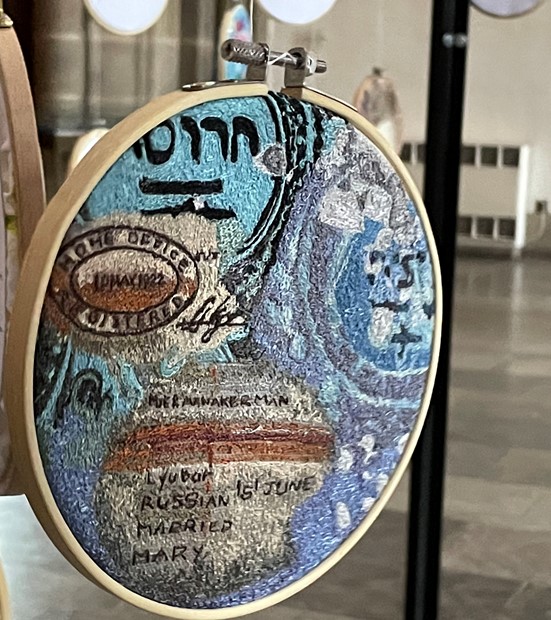 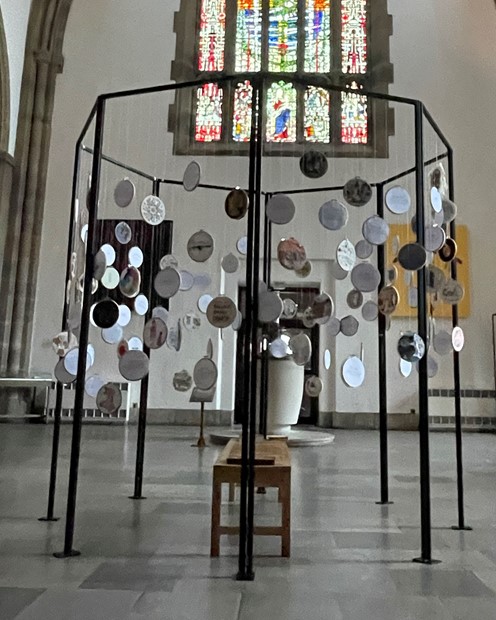 In the early 1900’s my grandfather undertook a harrowing journey from Tzarist Russia to Britain fleeing pogroms and an uncertain political climate. My grandfather decision to leave Russia was a decision that would profoundly change his fate and also all those that would follow – children, grandchildren and great grandchildren.
The artwork is a cameo illustrating aspects of his original Certificate of Naturalisation in 1922. It states his place of birth, his beloved wife’s name and his enlistment into the British Army to fight in WW1.