Brexit and the Border 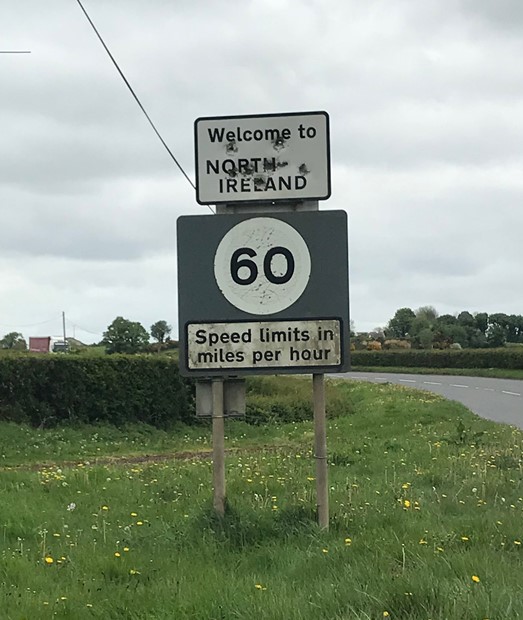 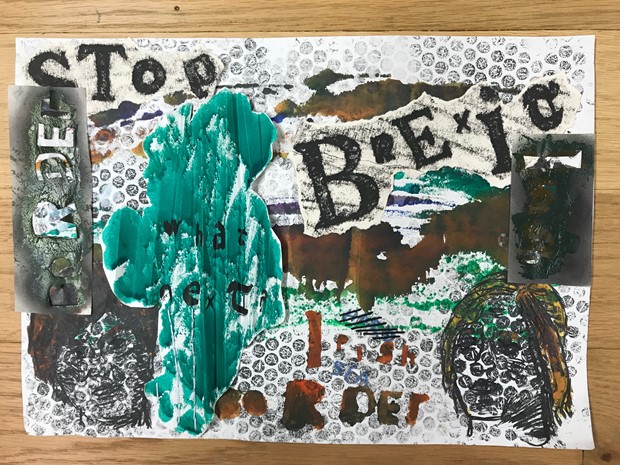 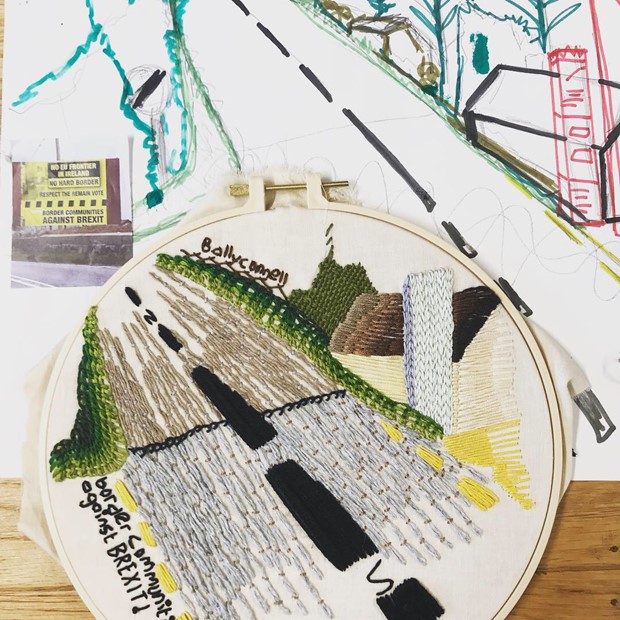 As an Irish citizen from the North, Brexit is a major concern, as this may lead to the re-introduction of a hard border between the North and south, which will not only damage the economy and all the peace-building of the past two decades but it might bring the violence back. These are the key questions that continue to inspire and depict my visual response to Brexit.

This collection of artworks are inspired from my International Artist-in-Residence programme in County Fermanagh (Dec 2018, May & Sep 2019). These artworks depict the historic troubles that took place along the Fermanagh/Cavan border, whilst focuses on the contemporary landscape and questioning, what will happen to this borderless island and the free movement between the North and South? Will a hard border be erected following Brexit?

In my artwork South View, there is a grey road marking, that references back to the 1960/70’s troubles in the North of Ireland, where the British Army built roadblocks to close border roads to stop free movement across the North & South.

North View inspired by the road sign for ‘welcome to the North’ (no ERN at the end of North) which is full of bullets holes: symbolizing Republicans\ Nationalists viewpoint on not acknowledging the North as being a separate state from the South of Ireland.

A Tribute to the Border Busters, was inspired by a monument bordering the counties Fermanagh and Cavan that is ‘dedicated to the men and women who travelled from every corner of Ireland to join in the struggle to keep the border roads open and to defy the efforts of the crown forces to keep them closed.’ After the road blocks were build during a weekday by the British, men and women came together on a Sunday and dug up the steel barriers, that left a bump on the road: which is still visible on some of the border roads today.