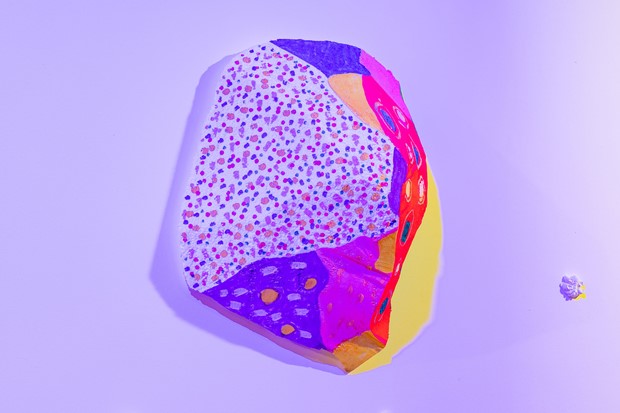 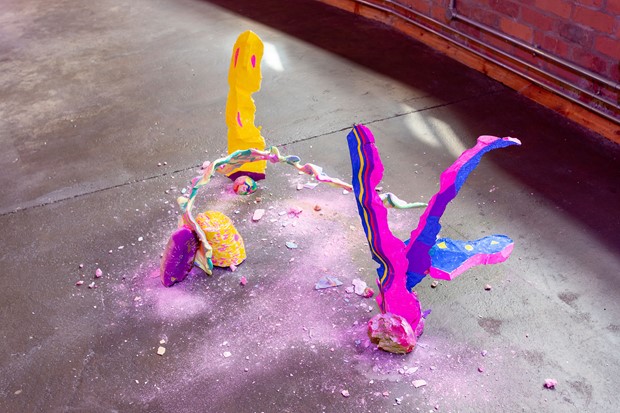 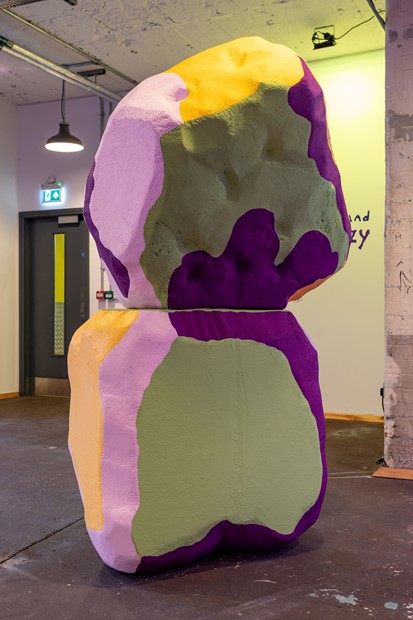 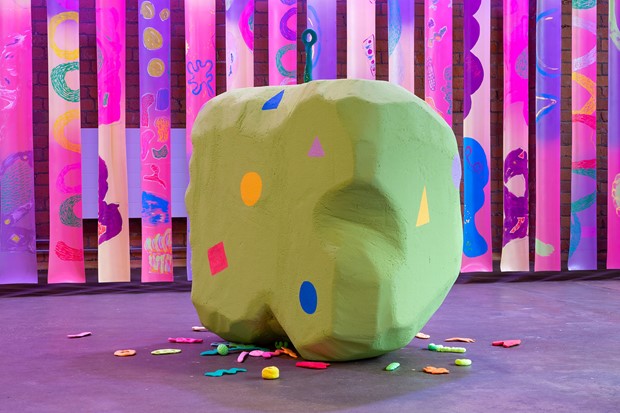 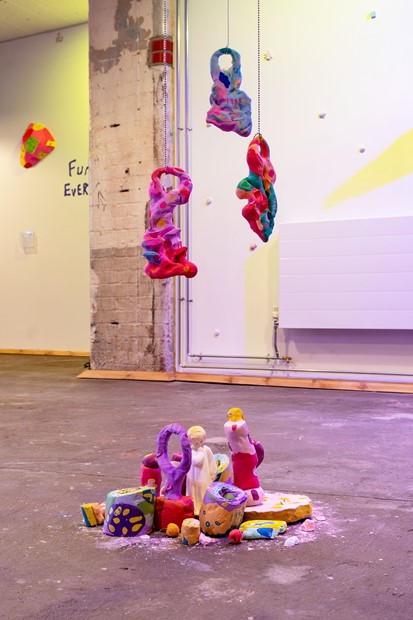 Eason’s work makes observations of popular aesthetics and internet culture through the medium of sculpture. Her practice co-opts the crispness of online formats with a hand-crafted touch, hinting at smartphone addiction, meme culture, and her early memory of objects. Her sculpture is ambiguous, though aims to pick up on - and visually start to unpick - trends in art, fashion and pop culture, mapping the direct impact aesthetic shifts in contemporary culture have on visual artists. She makes work to inhabit a space, to twist and curl around it playfully, ‘serious play' being intrinsic to Eason’s practice. She uses nostalgia as a tool, with gentle humour, and gives a nod to a time where things seemed simple. She allows her work to have vulnerabilities, making many small works that fit into a family of forms.

Pippa Eason b.1993 is a contemporary artist, based in Manchester.

Eason's work makes observations of performative online gesture through sculpture, digital drawings, GIFs, and collages. Her practice symbolizes the crispness of advertising, with a hand-crafted touch. She makes comments on our positions as artists in the emerging art world, with hints at status anxiety, smartphone addiction, and meme culture. Her sculpture is ambiguous, though they aim to pick up on trend aesthetics in art, fashion and pop culture.

‘A Message out of The Big Blue’, June 2016, Another Vacant Space, Berlin

‘An Evening With isthisit?’, December 2016, Suffolk

‘I miss you, Blockbuster’ for isthisit? March 2017, London

‘The Vitrines: Pippa Eason’ Solo exhibition curated by William Clarke, March 2016, Set The Controls For The Heart Of The Sun, Leeds

‘From The Past and Future’, January 2018, York College Gallery, York

Talk with Emily Tomasso for SPUR at The Hepworth Gallery, Wakefield

Interview as part of the isthisit? magazine, London.

Launch of isthisit? Issue 2, ‘The Choice of a New Generation’, Essay contributed, The Muse Gallery, London

Isthisit? ‘Its Only Romantic on The Internet’ online exhibition